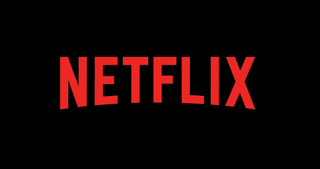 Sometimes in life, you know exactly what you need. Like a McFlurry spiced up with a couple of extra Kit Kats. Or a haircut that makes you look like a Bond villain (hey, no judgements). Right now, you’re here, which means you’re in search of the best movies on Netflix. While that might seem like a simple enough need, once you take up the remote and begin the quest to locate the *perfect* evening’s viewing, it seems as if the hours roll by and you’re no closer to settling on a title.

So hey, to help save you valuable time – when you could indeed be watching one of the best movies on Netflix – we’ve curated this list. Crammed with classics, a gaggle of titles new on Netflix, all spread across a wide range of genres, from horror to sci-fi to comedy to action, there is no doubt something here to get your cinematic palette satiated this very moment. And don’t worry about the regions either; find the best VPN for Netflix and you can watch every available title from every region. Pretty cool, no?

The movie: After pretty much stealing the show from Jeff Bridges in the 2011 True Grit remake, Hailee Steinfeld comes into her own in this spiky coming-of-age comedy. Sure, she’s absolutely slayed in her supporting roles, but it’s here that she’s in her element. Cast as edgy (geddit?) high school junior Nadine, it’s Steinfeld’s central performance that grounds this most excellent teen comedy, which dabbles with troubles and strife of being a kid who no-one takes seriously. Nadine’s journey begins when she tells her teacher Mr. Bruner (Woody Harrelson) that she’s going to kill herself, and the movie unfolds as we learn why she feels that way.

Why it's worth a watch: This is head and shoulders above the rest of the so-called “teen comedies” out there, most of which are bereft of actual jokes. Steinfeld’s brilliant as Nadine, nailing the line deliveries perfectly, but it’s writer-director Kelly Fremon Craig’s zingy script that recalls the best of Heathers and the warmth of Juno.

The movie: A young Jeff Bridges and a grizzled Clint Eastwood (is there any other kind?) co-star as a couple of grifters in Michael Cimino’s directorial debut. Bridges, then a baby-faced 24-year-old, plays Lightfoot, a scrappy bandit with aspirations of becoming a career thief. Shortly after stealing a car, he crosses paths with Thunderbolt… whose day job is as a preacher. From there, the pair adventure across the states, bumbling through whatever the road throws at them with humour, even bumping into a couple of Thunderbolt’s old pals-turned-enemies, until the perfect opportunity presents itself: a bank robbery.

Why it’s worth a watch: It might feel unfocused at first (the plot doesn’t really kick in until you’re more than halfway through the movie) but that’s the draw. It mixes together the slow-paced happenings of life with action and comedy, sandwiching one of cinema’s earliest ever bromances between achingly cool car chases.

The movie: Ten years prior to his supreme satire Starship Troopers, Paul Verhoeven delivered this stonker, dripping with graphic violence. Detroit runs rampant with violent crime, leading the police department into privatisation. Enter shifty corporation, Omni Consumer Products, which brutally murders a beat cop Alex Murphy in order to use his barely-living body to test their new cyborg cop tech. That’s all well and good, except Murphy retains much of his human memories, giving him an added edge and a score to settle with OCP.

Why it’s worth a watch: Blood! Guts! More blood! That’s why! Robocop harks back to an era, albeit in the recent past, where action blockbusters weren’t beholden to a PG-13 rating. Sure, we’ve now got the likes of Deadpool, but Verhoeven’s Robocop is in another class entirely. This is an ‘80s R-rated creation, after all. Catch it while you can.

The movie: A blinder of a premise with strains of Lost, Cast Away, and Godzilla, this 2019 festival darling follows Jen (Kiersey Clemons), a young woman who washes ashore a desert island following a boat crash. For several days, her routine consists of sourcing food, fire, and shelter, which is far from the scariest thing to happen to her when one evening she learns she’s not alone: a lumbering beast from a gash in the ocean saunters onto land every night, desperate to feed.

Why it’s worth a watch: 82 minutes. What more is there to know? Not a second is wasted in telling the story of a woman coming to terms with her life, having coasted along without really committing to anything, she’s forced to literally battle a demon. In the lead role, Clemons is a revelation, holding attention for the entire first act with barely any dialogue.

The movie: A festival smash set during the early ‘90s, this dive into LGBTQ intervention camps is one of 2018’s best films. Led by a career-best performance from Chloe Grace Moretz, as the title character Cameron, it charts her journey as a gay teen whose experiences in the closet come to light when she’s caught fooling around with the prom queen. Shuttled off to a camp to be cleansed of her “sins” Cameron makes a lot of discoveries about who she truly is, what she wants, and what real friends look like.

Why it’s worth a watch: Moretz is an absolute revelation, diving into the role wholeheartedly, giving us one of her best performances to date. The emotional yo-yoing Cameron goes through is all right there, on her face, or simmering just beneath the surface. A much-needed entry into the gay cinema canon that will only get better with age.

The movie: Andre Ovredal, who gave us the delicious Blair Witch-esque Troll Hunter, drops the found footage method for his follow-up that takes place over the course of one night. Brian Cox and Emile Hirsch play father and son coroners who take in a Jane Doe one stormy evening, after the town Sheriff finds an unmarked body at the scene of a horrific double murder. The two get to work - yes, it's rather gruesome in places - and slowly realise that there is something unusual about this particular corpse.

Why it’s worth a watch: Alright, the title may sound like another straight-to-video dud, but it's an absolute cracker. Ovredal's an expert at constructing tension. You feel like you're watching a slightly creepy episode of CSI, and then all of a sudden, it descends into absolutely terrifying scenarios that will have you covering your eyes. This movie is destined to make you both scared and beguiled by exactly what's unfolding onscreen.

The movie: Low budget, high concept – The Terminator remains a solid sci-fi horror that borrows from oodles of genres to tell a love story set in a world of machines. James Cameron’s 1984 flick cast Arnold Schwarzenegger as the title character, a cyborg sent back in time to kill Sarah Connor (Linda Hamilton) the mother of future resistance leader, John. The resistance sends her a protector in the form of Kyle Reese (Michael Biehn), who will do anything to keep her safe. Over thirty years later, this movie still has the power to give you chills.

Why it’s worth a watch: It put James Cameron on the map, proving his skills at world-building, character development, and genre were on point for a relative newbie. While its sequel had a huge budget in comparison, it’s impressive to witness the ingenuity of the production, giving us a tightly-plotted thriller with some of the best ‘80s set pieces.

The movie: Computer programmer Caleb (Domhnall Gleeson) wins a once-in-a-lifetime opportunity to spend a week with his firm's CEO Nathan (Oscar Isaac). Given the chance to pick his boss’s brain and perhaps score points excites Caleb, who doesn’t realise the entire set-up wasn’t a lottery - he was specifically chosen. His background leads Nathan to believe Caleb is the perfect candidate to take part in an experiment, wherein he administers the Turing test to evaluate a robot's consciousness. As it turns out, Ava (Alicia Vikander) the robot has other plans.

Why it’s worth a watch: Movies concerning robots imbued with artificial intelligence tend to make a case for their 'souls' being equally as important as ours, and all that they need is love and understanding. Alex Garland's directorial debut dallies with robotic sentience, therefore tussling with a similar topic, except Ava ain't no Bicentennial Man or Iron Giant. This is the darker side of AI, a world where Skynet could very easily exist…

The movie: Netflix’s Original Content isn’t just about hard-hitting TV serials. Part of ‘flix’s attempt to reboot the rom-com, To All the Boys I’ve Loved Before is a refreshing, lighthearted tale that revolves around the love life of one Lara Jean Covey (Lara Condor). After her older sister moves away to college, Lara Jean’s life changes when five secret love letters she had kept hidden somehow find their way into the hands of their recipients. One of the boys, Peter, enters into a fake relationship with Lara Jean - to wind up HIS ex, and to prove Lara Jean doesn’t fancy her sister’s ex. Confused? You won’t be, but you’ll love the optimism and John Hughes-esque atmosphere.

Why it’s worth a watch: For a high school rom-com set in 2018, it’s surprisingly light on teen tech. The kids use their cell phones (obviously), but the central conceit here revolves around a surprisingly sweet one - handwritten love letters. The rest of the movie’s charm spirals off from that notion, making this a rom-com likely to leave a lasting impression.

Read more: The 25 best romantic comedies that won't make you throw up

The movie: $463 million. It’s amazing to think that a movie with that huge a worldwide box office, was ever considered a “sleeper hit”. But The Matrix isn’t your typical film – it’s a dizzying blitz of philosophy, cyberpunk, action and state-of-the-art VFX that changed cinema. Keanu Reeves stars as Neo, a computer hacker who learns from Trinity and Morpheus, a trenchcoat-wearin’ duo oozing late ‘90s cool, that the world as we know it is a simulation. Every human is hooked to a machine and the reality we know is a ploy to keep us subservient by a tide of sentient computers. It’s like Skynet, sorta.

Why it’s worth a watch: Come for the bullet-time action sequences, stay for the ‘90s tech which is likely to make you cringe ever so slightly before you’re blown away again by the ballsiness of everything. Reeves gives one of his best-ever performances, as the slightly-stunned Neo, a delightful precursor to his current John Wick mantle.