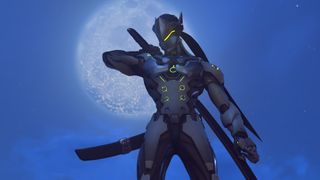 Genji is one of the higher skill-cap characters in Overwatch. In skilled hands, the augmented ninja can take down an entire team single-handedly. Here we’ve got a few examples of just how lethal Genji can be, plus a few other great moments from Overwatch matches around the world.

1. Now that’s how you start a match

Right out of the gate, Genji helps his team get off to a good start with this masterful team kill. Talk about demoralizing.

It’s not quite a full wipe of the enemy team, but it’s still damn impressive. After all of his teammates died, this Genji successfully mounted a solo defense of the point, securing a win in overtime. Blink and you’ll miss him.

The other Shimada brother is just as big a threat as Genji, sometimes without even trying. Here, Hanzo’s emote is bad news for a passing Tracer, who takes a kick to the face.

Seriously, stay away from ledges when playing against an Orisa. Ilios is ripe for environmental kills, and here Orisa’s Halt! ability yanks opponents off the map and to their deaths.

Did you ever wonder what 12 Sombra ultimates going off simultaneously would look like? Now you know.

Check back every Monday on GamesRadar+ for more Overwatch mayhem and magic.