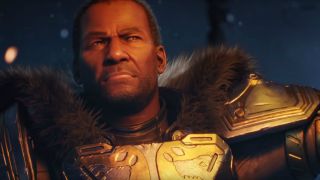 There's nothing a Destiny player craves more than new content, but Bungie's Iron Banner announcement this week left us a little nervous. Of course we wanted to get our hands on that sexy, samurai-inspired armor, but why had no one mentioned guns? Luckily, Bungie has confirmed we'll get new toys too.

Today in emails with GamesRadar+, a Bungie spokesperson confirmed that you'll "be able to earn weapons in next week’s Iron Banner event" and most importantly that they're "Iron Banner themed weapons," rather than from the existing pool of boomsticks.

With random loot rolls for weapons a thing of the past, new weapons are an enticing prospect for any Guardian who is already boasting a packed vault. Back in June the game's director Luke Smith tried to explain the controversial decision to Mashable. "It's gonna give us more flexibility to do per-item tuning," Smith said. "[That's] something we haven't had before because of the way we were building the [first] game," he said.

"How can my second, third, and tenth Better Devils hand cannon be interesting? That's a question we should be asking and answering as quickly as we can. We have ideas. While I would like nothing more than to share those ideas with you, we're up against [a deadline]. I don't know if they'll make it for our Sept. 6 [release] date. But we have some ideas that we're pretty excited about."

Fingers crossed we'll hear about those ideas before we get bored of playing with our new Iron Banner guns.

Iron Banner will begin on October 10 at 2am Pacific and end October 17 at 2am Pacific. Destiny old timers will notice a few changes to the format, including that bounties and ranks have been replaced with an Iron Banner Engram.