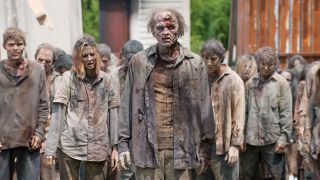 AMC really want you to be up to speed for The Walk Dead season 7. We already knew there was a two hour Walking Dead recap special on the way, but now the channel's announced plans to show the previous 6 seasons in an 88 hour marathon.

Fortunately it's not showing everything in one complete run because that would be madness. Instead it'll be breaking down the seasons over the course of the week.

Here's how it'll pan out: the marathon starts on Sunday October 16 at 6.50am ET. That'll clear all of season 1 and up to episode 7 of season 2. Then the rest of the show will air 6pm each night for the rest of the week, with the season 6 finale finishing just before the season 7 premiere on Sunday, October 23 at 9pm ET. You can see the whole schedule here.