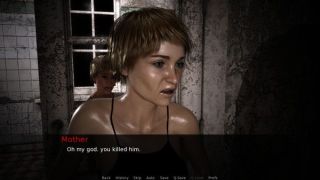 The bad news: someone listed their trash rape fantasy game on Steam. The good news? Despite its much publicized hands-off approach to curation, Valve has decided not to sell Rape Day through the Steam store. Here's the software giant's statement in full.

Over the past week you may have heard about a game called 'Rape Day' coming soon to Steam. Today we've decided not to distribute this game on Steam. Given our previous communication around Who Gets To Be On The Steam Store?, we think this decision warrants further explanation.

Much of our policy around what we distribute is, and must be, reactionary - we simply have to wait and see what comes to us via Steam Direct. We then have to make a judgement call about any risk it puts to Valve, our developer partners, or our customers. After significant fact-finding and discussion, we think 'Rape Day' poses unknown costs and risks and therefore won't be on Steam.

We respect developers’ desire to express themselves, and the purpose of Steam is to help developers find an audience, but this developer has chosen content matter and a way of representing it that makes it very difficult for us to help them do that.

Interestingly, Valve - who we reached out to for a statement but have not yet heard back - seems to want to make it very clear the decision was a business one, not based on moral disapproval of the game's subject matter.

PC Gamer highlighted the title yesterday: a game that offered players the chance to "verbally harass, kill, and rape women as you choose to progress the story" and to become "the most dangerous rapist in town" had been submitted to Steam and was waiting for approval before it could be sold through the store. During this time Steam users could see the game, along with updates from its creator. Anyone can submit a game to Steam for a $100 fee, and last June Valve made the decision to take a hands-off approach to curating its store, as long as the games weren't illegal or "straight-up trolling."

As Valve made its decision on Rape Day, a petition on Change.org asking for Valve to refuse the game was rapidly gathering supporters. Cecilia Cosenza, who started the petition, told us that "I felt like this was something that was not only revolting, but something that needs to be addressed for the sake of the health of the people."

"I was so glad to hear Rape Day is a no-go," added Cosenza. "I hope that this prompts Valve Corporation/Steam to rethink their policies."

For some PC titles that won't make you feel spiritually and physically sick, check out our list of the best PC games.