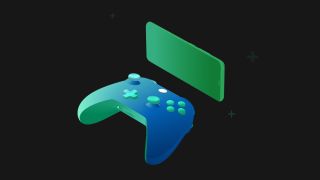 Xbox has finally announced the xCloud update many people have been waiting for: Project xCloud is now available on iOS devices. For now, the app comes by way of Apple Testflight, an invite-only beta program, but Xbox is encouraging people to sign up to receive their invites.

You’ll need to follow a few specific steps and meet some technical requirements, but provided you check those boxes you’ll soon be able to play over 50 Xbox games on your iPad or iPhone. As the app continues in its testing phase, every game is still free too.

Microsoft also suggests using a 5Ghz wireless connection if you’re on wifi, though we can speak firsthand to having no issues on a 2.4Ghz connection across dozens of hours.

If you’re already registered for Project xCloud as an Android user, you can sign up for the iOS version too without forfeiting access on Android.

How to sign up for Project xCloud on iOS

Microsoft welcomes players to jump in, play games, and provide feedback so the experience can improve before it goes wide later in 2020.

Considering a streaming future but not sure where to start? Our breakdown of Google Stadia vs Project xCloud vs PS Now is a great place to start.