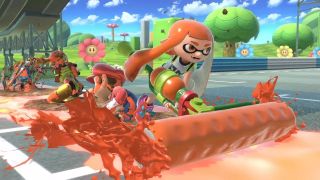 Update: The Direct presentation is over, and you can catch an archive of the whole thing above or read through our highlights.

Nintendo's side-smashing the late summer doldrums away with a livestreamed drop of new Super Smash Bros. Ultimate information coming later this week. The Super Smash Bros. Ultimate Direct will begin on 7 am PDT / 10 am EDT / 3 pm BST on Wednesday, August 8, and we'll all once again get to bask in the competitive aura of series director Masahiro Sakurai as he leads us through a presentation on the upcoming Switch fighting game.

Unfortunately, "new game information" is all we know about what's coming in the Wednesday Direct. If you watched the E3 presentation, you already know quite a bit about the game, like the fact that it will include every fighter from across Smash Bros. history. What more new details are there to announce that weren't already covered in the 25-minute-long walkthrough? I'm sure Nintendo and Sakurai will think of something.

Yes, I am screaming "more new characters" internally right now; the only two all-new contenders we know about for Ultimate are currently Splatoon's Inklings and Ridley from Metroid. Don't get me wrong, I think it's cool that so many established fighters will be returning. But I've been getting excited about Smash character reveals for almost 20 years at this point. I have a deep, instinctual need to see ever more obscure characters from Nintendo history and beyond rendered in modern polygons and made to fight for my amusement.

Hearing "hey Snake and Pichu are back" just doesn't scratch quite the same itch, you know?

See how the series came together with this retrospective on the original Super Smash Bros.' development from unauthorized knockoff to instant classic.