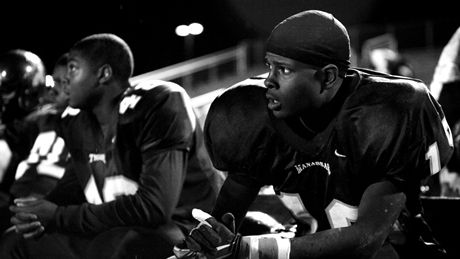 It’s this father of four’s task to turn around a perennially under-performing high-school team in an impoverished district of North Memphis.

It’s no wonder Undefeated walked off with this year’s Best Documentary Oscar, given it follows over a sporting season a group of talented yet troubled black teens inspired by their dedicated white coach.

Familiar territory, especially if you’ve seen Hoop Dreams and Friday Night Lights , but the intimate style offers its own rewards.