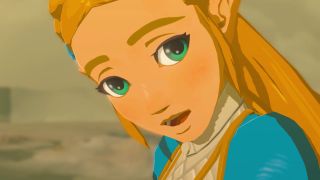 The Legend of Zelda: Breath of the Wild is widely being hailed as one of the best entries in the series to date. That's not just us talking, by the way - though we do call it "the adventure game to beat" in our Breath of the Wild review - plenty of critics are heaving praise this game's way. But is it the best Zelda game of all time? For that, we turn our eyes to Metacritic.

For those of you who are unaware, Metacritic is a reviews aggregator website, combining critics' voices from around the web into one easy-to-digest score. Some love it, some hate it, but we're not here to debate the merits and pitfalls of the system, we're here to see what it says about this 30-year old series. So what is the definitive ranking of the Legend of Zelda games (according to Metacritic)?

A few caveats before you go rushing to defend your favorite entry in the comments: Firstly, I didn't count re-releases save for the GameBoy Advance versions of the first two games, since without including those we'd have a list of best Legend of Zelda games without the first Legend of Zelda game. Twilight Princess also got a pass on the "no re-releases" rule due to the vastly different control schemes.

Second, not every game was reviewed by the same outlets, and not every game has the same number of reviews. Breath of the Wild for Switch has - as of this writing - a whopping 60 reviews, whereas Ocarina of Time only has 22.

Lastly, keep in mind that user scores also vary; according to users, Majora's Mask actually edges out OoT for the top spot. And then there's your own personal preferences to consider; personally, my favorite Zelda is Spirit Tracks. Yeah, I said it.

In any case, one thing seems to be clear: Breath of the Wild is one very good game.