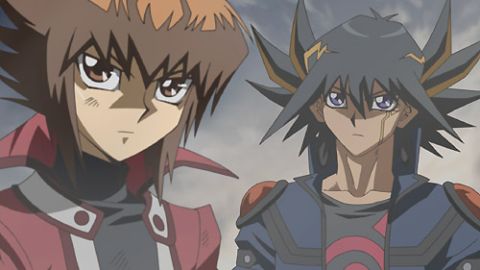 Seven years after Yu-Gi-Oh! The Movie, the inexplicably lucrative Japanese card game returns to cinemas – in 3D, of course.

Duelling geeks will dig it: three spiky-haired, saucer-eyed heroes from the various anime TV series team up for a combo strike against time traveller Paradox, who’s trying to wipe out the Duel Monsters game forever.

But the migraine-inducing visuals and game-heavy dialogue –“I can use this trap card to summon Stardust Dragon, and now he’s going to attack with cosmic flare” – will leave most non-fans clawing their eyes out.