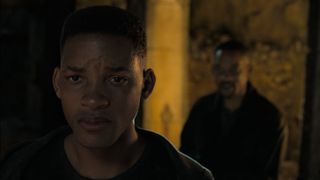 Gemini Man is available on 4K Blu-ray, Blu-ray and DVD from 17 February. Bonuses include “The Future Is Now”, an in-depth look at the groundbreaking performance capture tech, and "Setting the Action", a similarly detailed doc at the action sequences, as well as four shorter featurettes, an alternative opening, and two deleted scenes.

Thanks to Paramount Home Entertainment we have three Blu-ray copies to give away. To put your name in the hat for the chance to win one, simply answer the question below.