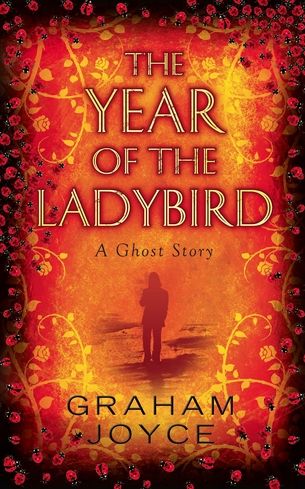 The Year Of The Ladybird book review .

If you didn’t experience England in the long, hot summer of 1976, you may think Graham Joyce’s descriptions of a near-Biblical ladybird invasion are just some weird motif. But no, it happened. The book’s accounts of surfaces transforming into swarming red carpets and carapaces crunching underfoot are only very slight poetic exaggerations.

It was a weird old summer indeed, and Joyce captures it perfectly in yet another of his is-it-or-isn’t-it gossamer fantasies. It was a time of heatwave, water shortages, bricks in the cisterns, and, of course, ladybirds. There were the first inklings of punk and the rise of the National Front. 1977 and all that – a cultural 1066 if ever there were one – was just round the corner.

Joyce sets his tale in a fading holiday camp in East Anglia, populated by a motley bunch of bigots, slackers, gossips, drunks and thugs. Student David takes a summer job there as a green coat, hoping to reconnect to a dead father he knows little about, except that they once went there together. He becomes part of a bizarre love triangle, encounters racist extremism and starts seeing ghosts… or are they?

It’s another utterly beguiling tale from Joyce, as much about social history as spooks. A slight novel, it feels less like a “story” and more like a literary snapshot, but Joyce’s ability to evoke the hazy, edgy, politically-charged, lethargically surreal summer of ’76 is all the reason you need to read it.