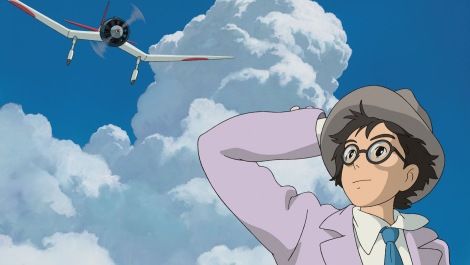 Hayao Miyazaki has threatened to retire before, most notably after 1997’s glorious eco-fable Princess Mononoke . This time though, he might really mean it. Even without his signature fantasy flourishes the Japanimation giant’s wise, wistful 11th feature resembles a sayonara, a summation.

Looking back to cherished first dreams, it reflects on the arc of a career and asks what constitutes a life well spent. Alongthe way, it revisits core Miyazaki themes, soaring between nature’s power and the promise of flight with great elegance.

Inspired by his upbringing as an aircraft man’s son, Miyazaki’s fantasies of flight took wing with the glider girls, piggy pilots and elevated cat-buses of his previous films. Here that fixation alights warmly on Jirô Horikoshi, a drawn-from-history aeronautical engineer whose dreams of flying Miyazaki charts (with some poetic licence) from childhood to adulthood.

You don’t have to be a Miyazaki maven to see parallels between Hayao and Jirô (voiced by Hideaki Anno in the original, Joseph Gordon-Levitt in the English dub). When Jirô begins work, the draughtsmen at desks resemble animators toiling at Miyazaki’s Studio Ghibli. And, just as Miyazaki’s hand-drawn practice has been sidelined by digimation’s march, so Jirô’s dreams fell prey to history when his planes bombed Pearl Harbor.

Some have criticised Miyazaki for not taking his alter ego to task fiercely enough, but the sadness of dreams devastated casts dark, resonant shadows over Jirô’s journey. His tender-tragic romance with Naoko (Miori Takimoto/Emily Blunt) gives the theme personal weight. Elsewhere, references to natural disasters, economic crisis and looming conflict speak loudly down the years.

This is dense material to grapple with, but Miyazaki’s light-as-air animation rises to the task. Even if fans expect certain levels of craftsmanship, the power and fluency of the painterly visuals still suck the breath out of you. Yet Miyazaki never rose-tints: a screen-shaking earthquake and a forlorn vision of mangled aircraft evoke ecological and historical horrors.

At one point, Jirô imagines his hero asking him if he lived his life well. If Miyazaki feels similar self-doubts, The Wind Rises is all the answer he needs. It might be fraught with anxiety, but it stands as a loving testimony to a career well-spent. As for the hope that he might change his mind about this whole retirement thing… Well, we can but dream.

Verdict: Laced with poignancy and portent, Miyazaki’s epic is an elegy for lost dreams – and a farewell befitting an animation master.