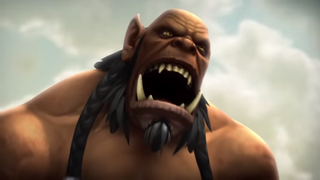 Video game movies have long been critiqued for not being faithful to their source material, but it looks like someone has finally gotten it right - even if "right" in this case means "looks like it could be running on a Dell from 2004." Blizzard fan Ivan Kuzkin has taken footage from the upcoming Warcraft movie and remade it, entirely in World of Warcraft graphics. And I have to say, it's pretty dang impressive work:

Kuzkin may be using the updated character models released by Blizzard in 2014, but even those are still based on framework that's more than a decade old. In other words, accomplishing this task wasn't easy, as evidenced by the number of passes Kuzkin shows in his making-of video. But if you're still unconvinced of how spot-on Kuzkin's version is compared to the upcoming film, why not watch them side-by-side?

It's been awhile since I last logged in and explored the worlds of Azeroth and Draenor. Mayhaps it's time I brought my Shaman out of retirement…

Directed by Duncan Jones and starring Travis Fimmel, Paula Patton, Ben Foster, Dominic Cooper, Toby Kebbell, and Ben Schnetzer, Warcraft: The Beginning opens in UK cinemas June 3, 2016 and in the US on June 10, 2016.