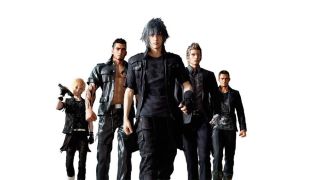 The wait is almost over for Final Fantasy 15. But heck, we've been on this ride for 10 years, why not enjoy it a little while beyond the September 30 release date? Square Enix revealed the Final Fantasy 15 season pass today, which will be available either as part of a Digital Premium Edition or an upgrade for those who have already pre-ordered regular editions of the game.

The Digital Premium Edition will set you back $84.99, while the upgrade is $24.99. So, what do you get for your moogle moolah? Well, Square Enix isn't saying much. However, we can make some educated guesses. Considering that the image of the season pass upgrade on the PlayStation Store features Noctis' buddies Ignis, Prompto, and Gladiolus, it would make sense that the DLC would focus on them.

The other half - "Booster Pack," "Holiday Pack," and "Expansion Pack" - is harder to guess at. The Booster Pack could contain, well, boosters, and other gear to help you level up faster. The Holiday Pack might contain some fun aesthetic changes like costumes or accessories. The Expansion Pack … I'm gonna be honest, no idea on that one.