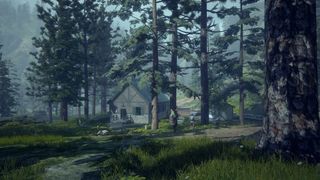 Undead Labs is launching State of Decay 2: Juggernaut Edition, packaging all previously released content with new stuff. The Seattle-based studio announced the game’s biggest content bundle yet with special attention paid to some marquee changes to the game no matter how long you’ve been playing. The best part, if you’re an Xbox Game Pass subscriber or owner of the game: it’s all included for free.

A new map in the logging town of Providence Ridge joins the original three and the previous DLC map, Trumbull Valley, bringing the total to five. The entire game has also been given a visual makeover with remastered graphics, which you can see for yourself in the trailer below.

Undead Labs says it’s also “completely rebuilt the post-tutorial experience” to ease players into the world of State of Decay 2 better than before. Among scavenging, base-building, fighting, neighbor relations, and more, there’s certainly a lot to grasp, and the studio is hoping to make the game less slippery in the early hours.

The new update will also introduce heavy weapons, a new class of melee weapons which requires a bit more skill and timing, but does devastating damage when done right. Undead Labs has also tweaked the control scheme to separate stealth and dodge maneuvers. The studio says it has fixed dozens of mission and gameplay bugs, doubled the amount of music in the game, presumably by the game’s fantastic composer Jesper Kyd, and will reward players who already have the prior DLC packs with “in-game gifts that won’t be available anywhere else.”

The Juggernaut Edition will launch on March 13 for Steam and Xbox One, and it will be included in Xbox Game Pass at launch.

If this will be your first time in the harsh world of State of Decay 2, don’t go without our 7 tips for surviving.