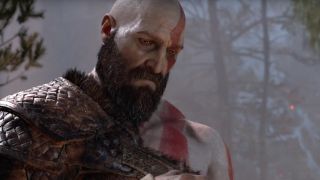 You know when you’re really excited about a big film, and so you decide to treat yourself when you finally go to the cinema to see it? So you buy the biggest fizzy drink you can, you pick up the biggest bag of the sweetest popcorn, and possibly some M&Ms as well, because hey, it’s dark, no-one can see you gorging away. Yeah, it’s fun at first, isn’t it? But you know that other feeling, when you come out of the auditorium two hours later, dazed, frazzled, wired, and otherwise not entirely happy or being entirely sure what just happened? That’s what I just got from Sony’s E3 2017 press conference.

It’s not that the conference was a stinker. Far from it. The quality and confidence we’ve come to associate with PlayStation was once again the primary driving force of the whole show. But there’s such a thing as being too glossy. Too polished. Too intense and, yes, too confident. After a barnstorming few years of increasingly convincing, increasing classy showings of broad, eclectic, masterfully crafted games, Sony seems to have fallen too comfortably into a particular model – for both its major releases and their presentation – and has this year left me with a heavy case of sensory overload, and not much in the way of any real feelings toward its line-up. However well made the final products will no doubt be.

In regard to the games themselves, there’s one problem across the board. In terms of Sony’s first-party selection, everything is now the same cross between The Last of Us and Uncharted, settings and characters variable. It’s both entirely fitting and somewhat detrimental that the show opened with the upcoming expansion for Uncharted 4, The Lost Legacy. As an opener, it hit hard and it hit well, a solid barrage of the series’ classic, consummately tuned action soaring from the foundation of another sumptuously classy bit of live stage production. But it also, in hindsight, represented a somewhat troublesome precedent. High production value, cinematic third-person action, interspersed with variable numbers of close-combat QTEs, and slickly woven scripted sequences are what Uncharted does. They’re what it perfected. And they’re now seemingly what the rest of Sony’s first-party line-up does too.

My concern first kicked in as Days Gone followed a little after The Lost Legacy. A surprise stand-out of last year’s show, when its tense, beautifully rendered, rural undead action steadily built into a frenetic, seemingly hopeless nightmare of really, really loads of zombies over the course of its debut demo, this year’s showing of Days Gone felt - until the throat-munchers arrived at the end - almost identical to Naughty Dog’s own, 2013 zombie drama.

There was creeping. There was hiding in bushes, and then there was jumping out of those bushes for the sturdy throttling of bad men. There was evasive, guerrilla combat, with large groups of human enemies best avoided, and throwable items most usefully used as distractions rather than weapons. There was beautifully rendered grime. There was picturesque murk. There were close-combat QTEs. It all felt a little… uncomfortable. It seems ‘The Last of Us’ was rather a misnomer of a title.

The weaponised zombies are cool, mind, and if the final game manages to use them in a more dynamic, systemic way than the obvious, set-piecey treatment the on-stage demo presented, then they might be Day’s Gone’s secret special sauce. But even if so, I currently find it hard to imagine that sauce being more than seasoning for a well-cooked but familiar steak.

And it continued. God of War – which I’m still excited about, particularly in terms of the sober, distinctly mature tonal and thematic shift, as well as the potential for parenting mechanics in a bloody, Norse action-adventure – came across flatter this year than last. More bloody third-person combat. More cinematic gloss. More standard action segueing slickly into unexpected (but by now very expected) cinematic scene transitions. More beautiful art that was rapidly starting to look like the same beautiful art I was seeing in every Sony game. And there was Horizon: The Frozen Wilds, another great-looking Sony game with more familiar third-person action and more well-rendered snow. And then another Shadow of the Colossus remaster, which Sony actually admitted is a game that we’ve played before. And finally then there was Spider-Man, which I initially had pegged as my break-out hit of the show, but which now appears to be Batman: Arkham Knight, in daylight, with 14 QTEs per second.

This feels worryingly like Sony’s Ubisoft moment. By which I mean it seems this may be the point that the platform-holder has become so good at a particular set of design elements, and received such rightful, critical praise and commercial success by doing so, that it has started building every game around the same systems and values. Just as Far Cry, and Assassin’s Creed, and Watch Dogs became the same game with different, moment-to-moment actions wrapped around it, so too is now Days Gone also Uncharted, and also The Last of Us, and also Horizon, and God of War too.

But my disappointment didn’t just come from the game design. There was the presentation too, which I feel suffered a slightly different symptom of the same route problem. Sony’s other great point of E3 success over recent years has been its vehement focus on games. Realising that, however proud the marketing and accounts guys are of them, no-one in the real word really cares about sales stats and pie charts – and of course, also spotting an exploitable weak-point on the then tech and services-driven Xbox – Sony smartly followed its ‘This is for the players’ philosophy into a series of fantastically well-tailored celebrations of video game purism. But again, I feel it’s now bitten off too much of a good thing.

This year’s show – no doubt a reaction to the praise for 2016’s all-games, minimal-talking gameplay extravaganza – felt both breathless and staid. There’s a line from The Incredibles I often quote in situations like this: “When everyone’s super, no-one will be”. The point is that when every presentation is a slick, shiny, bombastic, flowing barrage of spectacle, ultimately nothing stands out. There is no pacing. There are no peaks and troughs. There is no journey. There are no refreshing palate cleansers, or sudden, heart-pounding moments of ‘Holy shit’. There is no sense of ‘What’s going to happen next?’, and as such there is little excitement. And if we know anything by 2017, it’s that E3 is built on nothing more fundamentally than the excitement of ‘What’s going to happen next?’

The sad irony here – aside from the fact that most of these games look great if taken in isolation – is the fact that Sony didn’t hit its current levels of success simply because of the systems and presentation of one or two stand-out, blockbuster hits. The PlayStations of the last two generations aren’t as beloved as they are simply because people like the control mechanics of Uncharted, and the quick-time bottle-stabbing of Joel and Ellie. They became such valued platforms because games like Uncharted and The Last of Us represented the shiniest, AAA pinnacle – at entirely different ends of the spectrum – of Sony’s commitment to broad creativity, and its willingness to take risks. To surprise us by investing big in new ideas, large and small.

What I saw at E3 2017 wasn’t that. What I saw felt like a simplistic view of PlayStation gaming, one that bluntly delivered all the loudest, most superficial beats without any of the nuance. A show that simply fired all of its biggest cannons at the same time, and ultimately had them all drown each other out. The quality was high, but there just was nothing fresh about it. And fresh is (usually) what Sony does best.