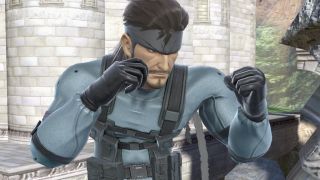 During the Tekken Finals Evo 2019, a short clip featuring Snake talking over a codec was shown, which quickly lead fans to believe the special ops soldier would be joining the roster in Tekken 7. But it was a false alert, and Snake isn't sadly hiding away in a box just waiting to show his face in Tekken 7. It turns out it was just a joke - Evo took to Twitter to confirm that it wasn't meant to mislead anyone into thinking it was a character reveal, and that it was simply meant to be a joke that Bandai Namco had no involvement in.

Just to clear things up, the Snake cameo video that we showed during Tekken finals was our idea of a little joke. It was not intended to imply a character reveal, and was done on our own, without consulting Bandai Namco. Sorry for any confusion!August 5, 2019

The clip wasn't shown during the official Stream, and was apparently only meant to be shown to those who were in attendance at the event, but it quickly went viral, and Tekken fans everywhere began to hope it was hinting that Snake would be another new addition in Tekken 7’s upcoming Season 3 pass.

While Snake won't be adding his special skills to the Tekken scene, martial artist Zafina who first appeared in Tekken 6, and new face Leroy Smith, were revealed during the event to be the actual new additions to the game.

Snake wouldn't be totally bonkers in Tekken 7, after all we've already had The Walking Dead's Negan added as a DLC character...