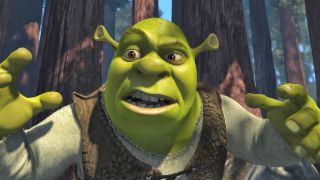 We're in the middle of Summer Games Done Quick with speedruns of all kinds filling up a full week of Twitch broadcasts. One of the most exciting runs so far was Tony Hawk's Underground 2 run on Sunday. It had an unexpected star: Shrek.

That's right, speedrunner Plumato picked the green ogre to play as during his run at one of the speedrunning community's biggest annual events. He didn't need a mod or cheat code either, as Shrek was already included in the game as a promotion for the sequel for Shrek 2. It's not just a skin either, Shrek has some unique character traits. He uses ear wax as lubricant for grind tricks and nasty burps instead of graffiti. You love to see it.

Plumato's run wasn't a world record, but he did get a time three seconds slower than his run at Awesome Games Done Quick in 2016. You can check out the full run right here.

Summer Games Done Quick 2019 runs all week, through the wee hours of the morning each day until June 30. You can tune in at anytime or catch up with some runs from earlier in the week on the Games Done Quick Twitch page.

There haven't been many skateboarding games like Tony Hawk's Underground 2 since it's release in 2004. If you're looking for something in the meantime you should checkout Skatebird, an indie reincarnation of the birdman himself. It currently is more than 200% funded on Kickstarter.