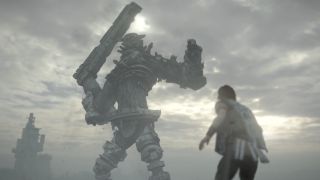 Shadow of the Colossus is widely considered to be one of the all-time greatest games. So maybe it should be little surprise that at E3 2017 we would see Shadow of the Colossus remastered for PS4, with new models, textures, lighting effects, and so on. Heck, it was already re-released once already on PS3. But this looks like a far more thorough rework:

But, as I pointed out: this will be the third time this game has come to market. So I'm curious, are the upgraded visuals enough to make you play through this classic yet again? Sound off below!