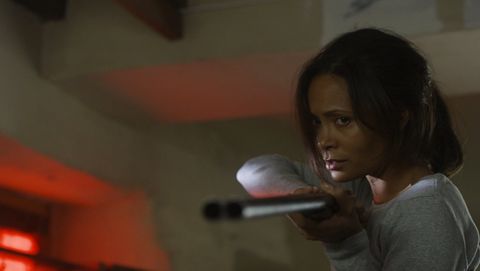 Though superficially similar to Contagion, this modest Brit-pic – also involving a deadly viral outbreak – is tonally closer to 2006’s dirty-bomb yarn Right At Your Door. Director Carl Tibbetts is less interested in gore than in the Knife In The Water power games that ensue when Cillian Murphy and Thandie Newton’s island getaway is invaded by Jamie Bell’s unhinged squaddie, who arrives with a nasty head wound and tales of a pandemic sweeping the mainland. Tense if rather monotonously bleak, it’s a shame Jason Isaacs and David Tennant didn’t co-star as originally planned.