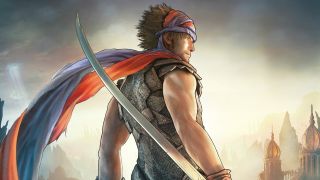 Permanently poised on the brink of another comeback, there's Prince of Persia: a series in a state of constant reimagining that’s avoided any long-term inactivity since 1989. It’s offered a solid leg-up to those who worked on it, from creator Jordan Mechner (with his screenwriting gig on the 2010 film) to reignited torch-bearers Ubisoft Montreal. Twenty-five years down the line, there’s even some life in that old dog (or publisher) Brøderbund yet. But how did this wall-running franchise come to be? We delve into its storied past to find out.

Mechner was still at college when Karateka, his first solo hit, clocked up half-a-million sales on the Apple II system. An itch to write screenplays almost deprived us of a gaming encore, but with a little nudging and a job offer from publisher Brøderbund, Prince Of Persia leapt into elegant life. In slow motion. Over a period of four years.

The Persian theme stemmed from a determination to do something with games that hadn’t already been done to death as early as 1985. As sole designer, programmer and animator, Mechner had the luxury of experimentation. That was how rotoscoping came into it – animation traced from real human movement, way ahead of the days of full motion capture, using only handheld footage of his brother David running and jumping around a car park dressed all in white. And not even an ancient Persian car park. The nerve!

While the one-on-one match-ups and princess rescue plan were carry-overs from Karateka, Prince Of Persia also pushed hard on the increasingly decrepit Apple II hardware. It looked stunning, played like an opulent desert dream, and even managed to imbue its farty 8-bit tunes with an Eastern vibe. Of course, with the Apple II being about as much use to us Brits as a jug of iced tea and a fanny pack, the Prince might have passed us by entirely if his adventure hadn’t travelled the world in ports from PC and Mac to Mega-CD and TurboDuo.

Finally, here was a hero able to do everything we could do and more. But even as the leaps and ledge-grabs made us feel like high-performance athletes and the fencing turned us into swashbuckling action stars, the realistic inertia ensured that these gauntlets of collapsing floors, gnashing steel jaws and pits of spiky murderousness never lost their punch. And always ticking down was a 60-minute deadline for vengeance on the Vizier, every fatal slip resetting the level but not the timer. Harsh.

We can look back on Prince Of Persia as a triple threat: strong enough to succeed on its own merits, strong enough in its core concepts to spark off a series, and strong enough in its innovations to galvanise others. Cinematic platformers from Another World through to Deadlight can trace core mechanics back to this death-dodging dungeon run.

Buoyed by its hero’s agility, POP ran fast and free to high esteem, a graceful Greyhound that made other ’80s platformers look like lumbering bulldogs. And without Ubisoft Montreal’s later experience in reinventing the Prince as a wall-scaling, mob-brawling ninja, a certain Creed may never have found a foothold at the same studio.

They’re different enough – that time-probing conspiracy and this time-focused fantasy – that the Prince and Assassin sharing the shelves seems an eventual inevitability. And the rich track record of our royal dynamo means we welcome that day with open arms.