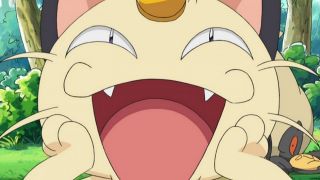 Move handheld/home console hybrid from the "Nintendo NX rumors" list to the "confirmed for NX list" - along with a March 2017 release date, The Legend of Zelda: Breath of the Wild, and not much else. Tsunekazu Ishihara, CEO of close Nintendo affiliate The Pokemon Company, might have overstepped his official Nintendo messaging guidelines in an interview with The Wall Street Journal (pay wall).

“The NX is trying to change the concept of what it means to be a home console device or a handheld device,” Ishihara said. “We will make games for the NX.”

A single platform couldn't redefine what it means to be a home console and a handheld device unless it combined elements of both. And Ishihara should be well acquainted with Nintendo's internal goings-on: Nintendo owns a 32 percent stake in The Pokemon Company, and the two firms regularly work together on Pokemon products and promotions. How exactly NX will let you play games on your TV and take them on the go remains to be seen, of course, but we can put the question of if to bed, unless Ishihara has been terribly misinformed.

The Pokemon series started out on Game Boy, and ever since then its main collect-and-battle RPGs have been exclusive to Nintendo handhelds (Pokemon Go being a recent exception, depending on how you look at it). Home console appearances have been limited to spin-offs like Pokemon Snap, Pokemon Colosseum, and Pokken Tournament. With NX unifying the two branches of Nintendo gaming, you'll hopefully be able to play the big Pokemon games on the big screen - without emulation or plugging a Game Boy Player into the bottom of your GameCube.