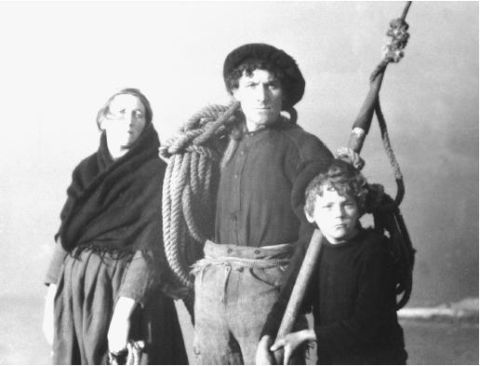 A classic 1934 documentary from Robert Flaherty, pioneering forefather of the genre (see 1922’s Nanook Of The North).

On the rocky Aran Islands, off the west coast of Ireland, a couple and their son struggle to wrest a living from the sea.

No purist, Flaherty was never afraid to fabricate: the ‘Man’ and his ‘Wife’ at the centre of proceedings weren’t really a couple, and the islanders hadn’t hunted sharks for generations; they had to be taught how to do it for the benefit of the camera.

The heroic ‘man against nature’ stance has dated, too. But the elemental imagery still looks thunderously impressive on the big screen, backed here by John Greenwood’s original score rather than the British Sea Power soundtrack from the 2009 DVD release.