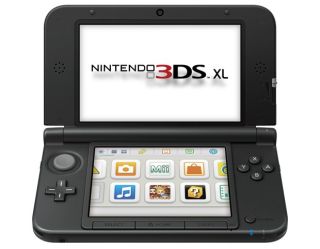 Financal reports must be the bane of Nintendo's life. In a report released today in Traders.co.jp not only is the NX mentioned but also a 'new generation handheld' apparently called the MH. "The driving force for economic growth has been switched from previous new businesses like "Health service, Theme park & Mobile games" to the next generation game console NX and next generation portable game console MH (Tentative title)," says a translation from BlackKite.

So the new gen handheld cat is out of the bag? Well apparently it's not that simple. Industry analyst Dr Serkan Toto - who you might remember from last week's Resi  7 rumours - has weighed in on Twitter, saying that this might not be as clean cut as it seems. He says this is just picturing a scenario.

1) That Morgan Stanley Japan note on Nintendo does NOT mean a portable console or the name "MH" is confirmed. They are picturing a scenario.May 24, 2016

2) Such "rich" forward-looking analysis and also the wording is standard in investor notes. I know because I read *tons* of them ;).May 24, 2016

This all, of course, conjecture, and previous NX rumours have always suggested a more portable part of the system to promote play away from the traditional console environment. The MH could be that but given the fact that Nintendo has so much invested in the 3DS family, it would seem strange for that not to co-exist with its new online family. So yes, take a few handfuls of salt with all of this and hopefully everything will become clearer later in the year.

GR+ news lead Louise is a fan of all things Bat and Assassin shaped. She can often be found watching horror, drinking coffee and beating you at The Binding Of Isaac: Rebirth.