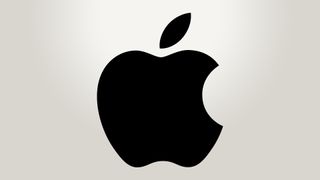 You didn't think Spring's big gaming news was finished with the reveal of Google Stadia, did you? Not only is Sony about to lift the curtain on its 2019 calendar with today's PlayStation State of Play event, but Apple may be about to join the circus itself, with a special event today that  - according to one analyst speaking to Bloomberg - represents the company's "biggest strategic move since the iPhone was unveiled in 2007."

Could it be an Apple console? A cloud gaming subscription service? Or something else entirely? Whatever it is, you're probably going to want to watch it online, which is probably what brought you here in the first place. Below, you'll find all the information you need about when, where, how, and why you should watch the Apple Event today, including info on the start times, live streams, and more.

When can I watch the Apple Event?

The Apple event begins at 10AM PT/1PM ET/5PM GMT/6PM CET today, March 25. The Apple Event will last approximately two hours, so you can expect it to have wrapped up by 12PM PT/3PM ET/7PM GMT/8PM CET at the latest.

Where can I watch the Apple Event?

There are several places to watch the Apple Event later today, either live or on catch up if you're going to miss the stream itself. Apple will be hosting the entire show on Twitter via its own page here, but you can also find decent second party livestreams on YouTube, such as the one above, which is already in full swing and ready to be bookmarked.

Apple will air the event on its website, too, but the company has stated that "this stream is best experienced on an iPhone, iPad, or iPod touch using Safari on iOS 10 or later; a Mac using Safari on macOS Sierra 10.12 or later", so be mindful if you don't own any of those devices.

How can I watch the Apple Event?

Speaking of, you should be able to watch the Apple Event so long as you have a decent internet connection and a device that can run YouTube, mobile or otherwise. If you won't be around during the stream itself, we'll be covering the event here at GamesRadar+ live, so check back in to the site afterwards for all the potential video game news that may or may not be announced during the show.

What will be in the Apple event?

Apple, true to its love of showmanship, has revealed literally nothing about what to expect from what its calling a "special event", but whispers and reports amongst the tech industry do indeed suggest it could be going the way of Google Stadia with the debut of its own cloud gaming subscription service. Whether that includes a portfolio of big budget titles or specialises to the mobile scene is up for debate, but we'll find out from CEO Tim Cook soon enough...

Could Google be about to flesh out our list of the biggest new games of 2019 and beyond? We'll have to wait and see!