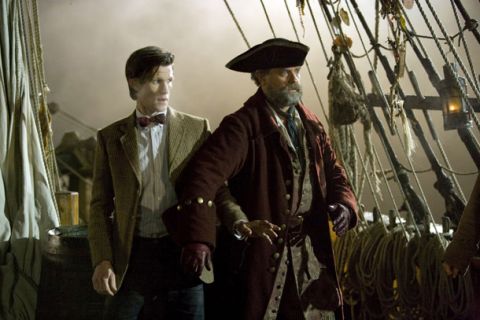 20 nuggets of vague insight into the next episode

1 It’s very much a return to the traditional Who formula – this year’s “Vampires Of Venice” maybe?
2 Having said that, just when it seems to be panning out in traditional fashion, it does suddenly take an unexpected turn
3 There are elements of the arc plot, but they don’t impinge on the action very much
4 There’s one scene straight out of a Michael Crichton movie
5 Somebody keeps making mistakes
6 There’s a new twist on a running gag
7 Rory says something that he later regrets
8 In case of emergency break glass
9 The Doctor gets Sirius at one point
10 Is there a palm agenda going on this series?
11 Amy proves better at something than Rory did last series (though quite why or how is a mystery)
12 The Doctor likes a good laugh
13 You might find one twist naggingly familiar
14 It’s very plot-led
15 Someone proves very adaptable
16 Someone has daddy issues
17 The Doctor has been on somebody famous’s sofa
18 A strop leaves the Doctor in a lot of trouble
19 No-one mentions Treasure Island , oddly
20 After the epic opening two-parter, some may find it a little lightweight, but we suspect that’s a deliberate ploy