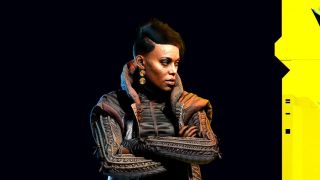 An interview between Cyberpunk 2077 developer CD Projekt Red and Polish website Gry WP was recently shared via the NeoGAF message board, but as IGN reports, the shared translation was more than a little spotty.

The mistranslation mentioned a religious faction, and claimed that quest director Meteusz Tomaskiewicz said the game "will not avoid any subject, even if they may offend the sensitivity of some," which seemed curiously (and needlessly) abrasive. As it turns out, it was. CD Projekt Red shared an accurate translation of this conversation via IGN:

Gry WP: You mentioned religion. Does it still exist in the Cyberpunk world?

Tomaskiewicz: Yes, and in many forms. As I mentioned, our vision is somehow based on the real world. And religion is a very important part of the latter, society-wise. In our game we're going to see for example Christianity and its different branches, or religions from the East.

Gry WP: Sounds controversial. Someone will enter a church to cause havoc.

Tomaskiewicz: We do not want to avoid religion as a topic, authenticity of the world is what counts for us. Technically, the situation you mentioned is possible, but this is all about the choices made by the player. We won't encourage the player to do so. In our quests which involve religious themes, we make sure there's no disrespect.

Notably, Tomaskiewicz didn't mention a religious faction of any kind, let alone one connected to a specific creed. Religion in Cyberpunk 2077 seems to exist as part of the culture of Night City, not as a game-ified system or alliance like the street gangs. In other words, expect diverse churches filled with followers, but don't expect tactless questlines that trample all over them for the sake of edgy political incorrectness.

For more on the flexibility of Cyberpunk 2077, check out this breakdown of the game's role-playing options, from Lifepaths to skills.