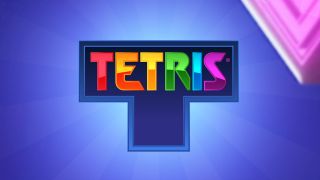 The people of the world are no longer in danger of not being able to play an official game of Tetris on their smartphones. Now that fear is gone, thanks to the arrival of the simply named Tetris app from mobile developer N3twork. Tetris is taking the place of a trio of Tetris mobile apps from Electronic Arts, all of which are planned to shut down on April 21, 2020. EA previously held the exclusive license to make mobile Tetris games for more than a decade.

The new Tetris app, which you can find on the App Store and on Google Play right now, is… well, it's Tetris on your phone. It's free to play, though it will show you a video ads unless you pay $4.99 to get rid of them. It has the modern Tetris amenities, including a hold option to store one block that you don't want to use right away, and probably T-Spinning? I wish I could independently verify that for you but I'm afraid I suck at Tetris too much. You can also take your pick of five themes, which include a monochromatic tribute to the beloved 1989 Game Boy version, and the default neon theme that has some strong Tetris Effect vibes (no space whales though).

It's minimal for the moment, but N3twork says this version of Tetris is "just the foundation of an incredible Tetris app experience we’re building." The company previously announced it's working on a project called Tetris Royale, a 100-player battle royale version of Tetris. In case you're keeping score, that's one more player than Tetris 99, the Switch-exclusive Tetris battle royale game that first came out in February of last year.

Find more brain-flexing challenges to play on the go with our list of the best mobile puzzle games.