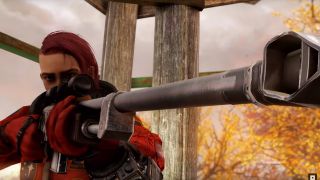 Update: In an email, Bethesda confirmed that it's aware of this bug and is actively investigating a solution. No ETA on when that solution will arrive just yet, but the team's on it, so it should be soon.

Fallout 76 is no stranger to weird bugs, but this might be the weirdest one yet. Following the most recent update, it appears that reloading can disable the special and set effects of Legendary armor. You can see the bug in action in this video from Jas Thomson:

Fallout 76 players have found that this bug only affects certain loadouts. Several armor sets seem to be affected, but only specific weapons have been found to trigger the bug. Bizarrely, other players have reported experiencing abnormally low weapon durability, with some freshly repaired weapons breaking after only a handful of shots.

It's possible these issues were caused by the same thing. Per the latest Fallout 76 patch notes, a recent update addressed an issue with Legendary weapons that have the attribute "+250 damage resistance while reloading." This attribute was neutralizing other attributes, so Bethesda fixed it. However, it seems this fix may have crossed some wires and created a different problem. Of course, we can't confirm that the new armor and durability issues were caused by this fix, but the connection to gear attributes and reloading is curious.

Bethesda's been good about hot-fixing Legendary bugs in the past - though some issues have slipped through the cracks - and with this bug being as common and annoying as it is, I reckon it'll be patched up quickly. I've reached out to Bethesda to see when a fix will arrive and will update this story if I hear back. In the meantime, you'll have to make do with weakened defenses.