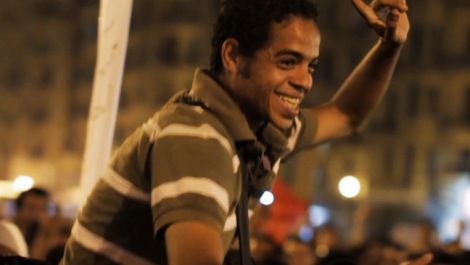 In early 2011, Cairo’s Tahrir Square saw thousands gather against Egypt’s President Hosni Mubarak and his three-decade long regime – an 18-day revolt that led to his resignation and the beginning of the so-called Arab Spring.

Jehane Noujaim’s fascinating film captures these moments but then does so much more.

One of this year’s Best Documentary Oscar deserved nominees, The Square shows the chaotic, violent aftermath of Mubarak’s sudden fall through the eyes of several protestors, including actor Khalid Abdalla ( The Kite Runner ).

It’s a stunning slice of political reportage: clear and concise yet emotionally engaging in the way mainstream news reports rarely are.