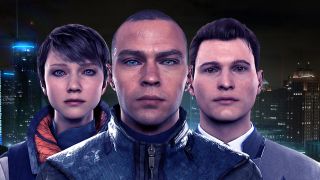 Quantic Dream, the developer behind games like Heavy Rain, Detroit: Become Human, and Beyond: Two Souls, has confirmed that it will self-publish all of its future titles.

In a blog post to celebrate its 23rd anniversary, the studio states that the move to self-publishing represents a "transformation" for its games, allowing it to "preserve our freedom and our independence, to continue working on innovative and even more ambitious projects.

Quantic Dreams' David Cage teases "a lot of surprises" for 2020

"This new venture will allow us to make decisions in total independence," continues the post, explaining that Quantic Dream plans "to address the technological and strategic opportunities of next-generation platforms."

"It will also allow us to help other developers, by providing investment and development support, so that they can fully express their talents. We want to support creators of original projects and help them, in turn, to achieve their vision and offer quality, ground-breaking experiences."

The studio had already started cutting its ties with PlayStation by releasing the majority of its back catalogue on PC last year. This followed a spate of controversies coming out of the studio, including allegations of unhealthy studio culture.

CEO and writer David Cage, along with co-CEO Guillaume de Fondaumière, said in an interview with Variety back in January 2019, that Quantic would "continue developing on PlayStation, a platform that we know very well after having worked with Sony for 12 years, but we will also be present on all other relevant platforms."

The pair also cited in the same interview that moving away from PlayStation exclusivity would mark a new beginning for the studio. And now it has gone one step further again.

For more excitement around what's happening in games this year, why not check out our pick of the best upcoming games of 2020 and beyond, or catch up with everything we know about Xbox Series X in the 60-second video below: