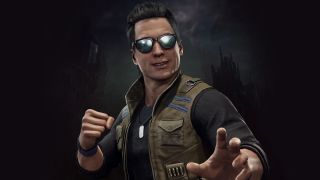 The violent fighter launched on Xbox One, PS4, Nintendo Switch, and PC on April 23 to mostly positive reviews and player reactions, despite complaints about its in-game economy. Haddad didn't mention any specific sales figures during his panel at the summit, though he did say that the game is the largest launch in Warner Bros. Games history in the Americas.

Haddad also talked about plans for the future of the game, saything that NetherRealm will be adding more content, like new characters and outfits, for years to come. He didn't specify what those updates would include or when the first big DLC addition would arrive.

NetherRealm Studios has already announced that Shang Tsung, the master sorcerer, would be the first DLC character released, but details on the rest of Mortal Kombat 11's post-launch support haven't been officially announced just yet.

Dataminers have uncovered files for characters like the Joker, Terminator, Ash Williams from The Evil Dead, and other familiar names in the Nintendo Switch version's code. While those new characters are still rumors, Joker has already been in Mortal Kombat vs. DC Universe and features prominently in the Injustice series, so it's not hard to believe he could make the jump to Mortal Kombat 11.

Looking for more on the latest entry in Ed Boon's famous franchise? Check out our Mortal Kombat 11 tips.