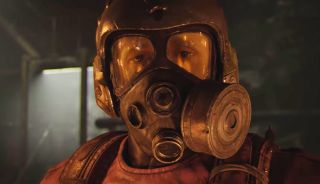 Metro Exodus will not be the end of the Metro series. Dmitry Glukhovsky, the author of the original Metro books and narrative collaborator with developer 4A Games, revealed on his Instagram account that he's "working on the story" for further entries in the series. He definitely doesn't mean more books (though books are good too) because he specifically refers to working on the "Metro gaming series" in the post's caption.

The image he shared puts it even more succinctly, with a big "T.B.C.", as in "to be continued",  written in marker on the box art for Metro Exodus.

Developer 4A Games itself has said little about the future of the Metro series since it released Exodus back in February. Spoiler warning for Metro: Exodus here, but the game ends with the main group of survivors starting a new life far away from the bleak desolation of Moscow. Depending on how good of an ending you got, the last thing you see is main character Artyom departing from his relatively idyllic new settlement to return to the Moscow Metro and tell the other survivors about how the rest of the world doesn't suck nearly as much as they thought. It's a long, long journey there and back again (assuming Artyom survives long enough to make a return trip) so that alone has gotta be enough material for a new game or two.

I'm glad we live in a world where a first-person horror-shooter adaptation of a Russian novel - in which everyone is miserable and your bullets are also your money - can spawn a video game franchise that's still gathering steam a decade later.

If you want to see how Artyom's story will continue for your self, make sure you check out our guide on how to get the Metro Exodus good ending.