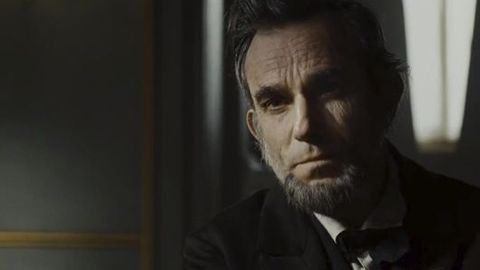 When is a biopic not a biopic?

When it’s Steven Spielberg’s masterly, high-minded recreation of Abraham Lincoln’s long-shot battle to get the 13th amendment outlawing slavery through a hostile Congress.

Unlike earlier myth-making takes on America’s most beloved president, Spielberg and his prestige screenwriter Tony Kushner recreate Lincoln as a man juggling morality, chicanery, war-waging and family troubles rather than as a monument-in-waiting.

The outcome is a tense legislative drama, an immersion in history made in cramped, smoke-filled rooms, as Lincoln (Daniel Day-Lewis) cobbles together an unruly coalition in a race that will change the face of America.

After some early expositional throat-clearing Lincoln emerges as elegantly and deftly plotted as Amistad was laborious.

Tight concentration on the desperate dash in January 1865 to bribe Democrats with plum jobs and Republicans with peace talks, makes for a taut, suspenseful story.

It’s The West Wing in wing-collars, culminating in a nail-biting day of reckoning.

However, lovers of Spielberg’s hallmark big-budget, big-heart, action-saturated films should note that the modestly staged and unabashedly talky Lincoln feels like a new chapter.

In this unassuming, fiercely focused film (garbed in authentic gas-lit browns by DoP Janusz Kaminski) the speeches paint the pictures.

You can’t fault a single performance, from David Strathairn’s vulpine secretary of state down to Walton Goggins' wavering Congressional cameo.

Granted, there’s a surfeit of speechifying all round, and the careful balance between sentiment and reality ultimately dips into mournful hero-worship.

Nonetheless, a cinematic history lesson has rarely seemed so personal, yet so momentous