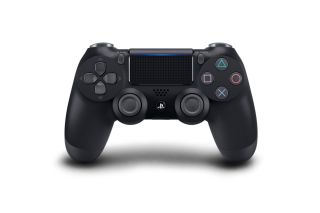 There's still plenty of amazing games on last gen - head to our best PS3 games to find out exactly what they are - but the only thing that might stop you from switching HDMI inputs is the thought of having to use your old DualShock 3. There's a reason we've evolved to the DualShock 4 and that's because the previous generation is a bit like a medieval torture device for your fingers. It looks like it should be fine but very quickly your now (clearly sensitive) muscles just can't cope with unwieldy plastic of yore. You need your DS4 and you need it now.

Well the good news is that it's possible to control the past with the future using oh-so-handy Bluetooth. Here's how to use your PS4 controller with your PS3.

One quick note; you won't get rumble or SixAxis once it's set up as Bluetooth device but measure that up against happy hands playing Burnout Paradise and it's a fair price to pay.

1. Make sure your PS3 has been updated since 2014.
2. Go to 'Manage Bluetooth devices' in the 'Accessory settings' in the PS3 settings menu.
3. Opt for 'Register new Device' which will set the PS3 hunting for available devices.
4. Now hold down the Share and PS buttons simultaneously on your DualShock 4 until the light bar flashes. This pops it into Bluetooth pairing mode.
5. The PS3 should recognise the controller as the catchy 'Wireless Controller' which you can select.
6. Voila! Your PS4 controller works on your PS3 with the majority of games.

One thing to remember is that you'll have to re-pair your DS4 with your PS4 when you go back to current generation hardware. You'll also probably want a PS3 controller on hand to use the PS button to get back to the XMB as the PS4 controller's version doesn't work.

For more PS4 help, here are the essential PS4 tips and tricks you need to know.