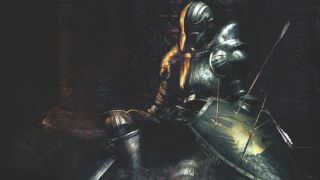 Most modern games must make Hidetaka Miyazaki sick. Ample checkpoints. Patronising tutorials. Regenerating health. It’s almost like they’re not designed to make you suffer. Thankfully, as long as we all reside on the same watery planet as From Software’s acclaimed director, PlayStation will always be home to a special breed of savage challenge.

Enter Demon’s Souls. Back in 2009, gamers had yet to truly taste real pain. Sure, the likes of Devil May Cry 3 could kick you squarely in the ass, but rarely had the PlayStation Nation seen anything quite so barbarically tough as From’s wonderfully designed, hugely disciplined and gloriously rewarding fantasy adventure.

Set in the lonely, often perversely beautiful kingdom of Boletaria, Demon’s Souls took many of its cues from King’s Field, another From series that revelled in dark dungeons and granite-hard beasties. Despite their quality, those titles had minimal impact outside of Japan, and certainly can’t lay claim to kickstarting the same calibre of dynasty as the Souls series. Of course, they didn’t have an ingenious online system in their corner...

While Miyazaki and his team were building one of PS3’s most finely crafted combat models, the director decided something was needed to pierce the game’s persistent sense of loneliness; a way for players to link up without relying too heavily on traditional communication. The end product was a system in which you could briefly see other players’ ghosts by touching their bloodstains, while also letting you leave messages to warn of impending danger. It’s a graceful, elegant way of letting players guide each other without the need for words; a silent handshake for Souls’ adventurers to impart advice.

And really, that’s the point of Demon’s Souls – learning through failure and repetition. The game’s exquisitely chunky swordplay is demanding, but it’s never unfair. Get that shield up, plan your attacks with surgical precision and never let your guard down. It’s an intoxicating blend that keeps you constantly vigilant and never anything less than resolutely engrossed.

This hyper-focused approach to fights is further bolstered by a terrific risk-versus-reward system. When your mute Slayer Of Demons perishes, they leave behind a bloodstain with all of their previously amassed souls (the game’s currency for levelling-up). On your next go, return to where your corpse dropped and you can greedily suck those precious resources back up. Fall again before you make it back, and those souls are gone forever. Rarely has the price of failure been balanced on such a precarious knife edge.

Unlike Bloodborne’s Yharnam or Dark Souls’ Lordran, Boletaria feels cloyingly claustrophobic. This is not an open world, but a series of battered caverns, castle ramparts and dungeons disparately knitted together by the Nexus – a dank, boxy hub that acts as the player’s temporary safe haven. While it may lack the cohesive scale of its spiritual successors, Demon’s Souls still creates a world where intrigue and danger lurk around every deadly corner.

Considering From’s masterpiece remains one of PS3’s most cherished exclusives, it’s amazing to think it almost never got a European release. Sony helped launch the game in Japan, but elected not to publish it elsewhere. Mercifully, a spate of glowing reviews and word-of-mouth praise eventually saw Namco Bandai publish a PAL version, some 18 months after its initial release. The PlayStation landscape would look decidedly different (and nowhere near as deliciously punishing) if Namco hadn’t made that call.