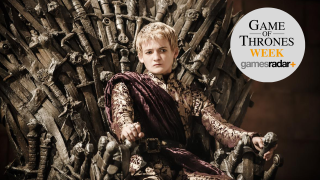 As brutal as Game of Thrones is, it hasn’t got anything on our own history. The past is a bloodied tapestry of political mutilation, cow-flinging biological warfare and the sort of rank bastardry that would make even Ramsay Bolton choke on his lemon cakes. It’s unsurprising, then, that much of George RR Martin’s deliciously cruel world is inspired by actual history - whether it’s people like Richard III forming the basis for Ned Stark, or events such as the Glencoe Massacre inspiring the Red Wedding. Let’s ignore the sad absence of dragons and magical face-swapping for now, and delve instead into the historical inspiration behind A Song of Ice and Fire. To the antiquitymobile! The following article contains some spoilers for Game of Thrones seasons 1-5

The Wars of the Roses sound delightfully quaint - like two British lords arguing over scented bath salts - but the reality is far darker. It was a series of dynastic wars for control of the English throne, taking place over 32 years, and it likely forms the basis for the central conflict in Game of Thrones.

There’s an obvious parallel between the stout, honest northerners and cunning southerners, even if the two houses were geographically closer in the War of the Roses. The names are also similar: Lannisters could represent the House of Lancaster, and the Starks the House of York. More importantly, many of the parties involved have counterparts in Game of Thrones - we’ll come to that in a bit.

Let’s start with Eddard Stark. Poor old Ned. There are loads of people who have the Ned-factor of being loyal, politically naive and dead, and few of them are remembered favourably by the people who dispatched them. With that in mind, Eddard is probably based on a number of people, the most notable of whom is the maligned but effective Richard III.

It’s not an obvious comparison. Richard was ruthless, impulsive and charismatic. Ned, in contrast, was gruff and confused. However, like Ned, Richard was at the centre of a succession crisis that tested the loyalties of everyone involved. When King Edward IV died, he added a codicil to his will making Richard regent until Edward’s son, Edward V, was old enough to rule. The codicil was never found, suggesting it was probably destroyed - much like how Cersei destroyed the letter proclaiming Ned as Protector of the Realm. Richard may also have discovered that Edward IV’s children were illegitimate. If true, this would make Richard the legitimate successor to the throne - rather than just the regent - giving us some bonus inspiration for Stannis Baratheon, to boot.

The bleakest moments of season 3 belong to Theon Greyjoy, a former ally of the Starks who turns his back on them in a naked grab for power. It fails horribly, and the arc of his story evolves from one of satisfying revenge to abject pity.

George Plantagenet is Theon’s real life counterpart. No, he didn’t get his winky sliced off by a madman. Instead, like Theon, George betrayed his ally Edward IV of York by defecting to the other side. Unfortunately for George, he backed the wrong horse and Edward won the war. Plantagenet was charged with treason and ‘privately executed’, allegedly by being drowned in a butt of Malmsey wine. A delicious way to die, perhaps, and certainly better than having your junk removed.

Joffrey Baratheon is Edward of Lancaster…sort of

Let’s do Joffrey next, the irredeemable, snivelling, cheese-faced prince of poison vomit. Joffrey is terrible in the books and worse in the TV show, making his comparison to Edward of Lancaster slightly unfair. While the son of King Henry VI and Margaret of Anjou was rumoured to be of illegitimate birth, his origins are far less sordid than Joffrey’s.

However, the Ambassador of Milan once described Edward as being obsessed with war and decapitation - something else he has in common with ol’ Joffers - but in truth, our recollection of Edward is probably harsher than he deserves. He had a rubbish upbringing and his short life was dogged by accusations of bastardry. Like Joffrey, Edward died young. The details are unclear, but at least one account has him stabbed to death by Edward IV’s brothers. There are similarities, then, but it’s hard not to feel some pity for Edward. Now imagine Joffrey choking to death, and try not to smile.

This one seems like a bit of a stretch because of the long blonde hair, heart-eating and dragons, but stay with me. Daenerys’s historical mirror is Henry VII. Henry spent his early years exiled in France, fearing for his life, just as Daenerys fled across the Narrow Sea. Likewise, he began with no money and no army. As someone who’s fought precisely zero battles, even I can see that’s an unlikely starting point for conquest.

There are other similarities. Like Daenerys, Henry had a legitimate (if tenuous) claim to the throne. Both used dragons in their banners and coats of arms. They also both have semi-mystical origins: while the Targaryens claim noble Valyrian ancestry, Henry maintained he was a descendant of King Arthur. Eventually, after years of political turmoil, Henry crossed the (also quite narrow) English Channel and wrenched power from Richard III. Will we see a similar thing in the show? It still seems like a long way off, but it’s inarguably Daenerys’s ultimate goal.

Like so many characters in Game of Thrones, Cersei has a few real-life few sources of inspiration. She shares many traits with Queen Margaret of Anjou, wife of Henry VI, but it’s also possible she was based on Elizabeth Woodville, the despised wife of Edward IV.

There’s a certain physical resemblance - both women are striking, with long golden hair - but her deft use of influence and power is the most notable similarity. While the traditional view of Woodville has become more sympathetic in recent years, the version that George RR Martin likely used describes her as “calculating, ambitious, greedy, ruthless, and arrogant” - all words you’d use to describe the Queen Regent of the Seven Kingdoms. Whichever account you choose to believe, Woodville was as shrewd and effective political animal as Cersei.

The Red Wedding is The Glencoe Massacre

We’ll finish with the most famously awful moment from season 3. The Red Wedding takes its inspiration from two historic massacres. The Glencoe Massacre is a debatable example of “slaughter under trust” - it’s complicated, but the short version is you can’t murder people who you’ve tricked into trusting you. It’s similar to the show’s tradition of guest right. Once a guest dines with a host, any acts of violence by either party are strictly forbidden. Guess Walder Frey didn’t get the messenger-raven...

The Glencoe Massacre saw an army of Campbell soldiers murder their MacDonald hosts in their sleep, after receiving shelter and food for two weeks. To this day, Clachaig Inn in Glencoe still displays a sign forbidding ‘hawkers and Campbells.’ The Red Wedding may also take inspiration from the Black Dinner, which saw the 16-year-old Earl of Douglas and his younger brother invited to dine with King James II of Scotland. As they were eating, a black bull’s head was placed before the earl - a symbol of death, similar to The Rains of Castamere playing during the feast held by Walder Frey - then both brothers were executed. At least the Earl of Douglas didn’t end up with his pet’s head sewn onto his shoulders. Every cloud, right?