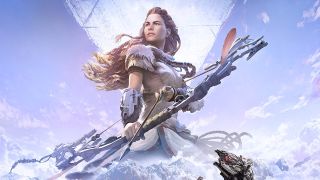 The next batch of limited-time PlayStation Now games will arrive on January 2, 2020, Sony announced today. Horizon Zero Dawn and Uncharted: The Lost Legacy are leading the pack, but subscribers will also get delightful co-op came Overcooked 2.

PlayStation Now users are getting the complete edition of Horizon Zero Dawn, including the Frozen Wilds DLC and other bonus content. Frozen Wilds adds a chunk of wintry story content to an already hefty game, and quite frankly, more Horizon is always a good thing. It ranks fairly high in our list of the 100 best games of the decade for a reason: its main character, Aloy, and its imaginative world immediately captured our hearts.

Uncharted: The Lost Legacy, meanwhile, is something of a side story to Naughty Dog's treasure-hunting odyssey. It focuses on Chloe Frazer, who played more of a support role to Nathan Drake, and her partner Nadine Ross. It's not as long as the main games, but it's a great Uncharted game nonetheless, and on PlayStation Now it comes with access to Uncharted 4 multiplayer and survival modes.

Finally, Overcooked 2 doubles down on the frantic, friendship-testing fun of the original and ups the ante with new kitchen scenarios and more recipes. As we said in our review, it's mad, manic, and utterly hilarious.

These games will be available to download (on PS4) and stream through April 7, 2020. The December crop of PS Now games, namely PUBG, Wolfenstein: The Old Blood, and Formula 1 2019 will be available until March 2. Persona 5 and Middle-Earth: Shadow of War will stick around until February 3. GTA 5 and God of War will leave the service on January 2, 2020.