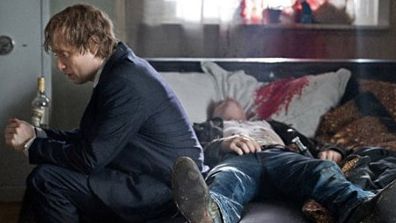 In screenwriting circles, they say all of a film’s work is done in the first 10 minutes. In Morten Tyldum’s Norwegian box-office smash, a Coens-like thriller adapted from Jo Nesbø’s bestselling novel, it’s closer to 90 seconds.

Before the credits have finished we meet recruitment consultant Roger Brown (Aksel Hennie), who moonlights as an art thief. We then see his pristine home, meet his beautiful wife (Synnøve Macody Lund) and watch him dump his mistress (Julie R. Ølgaard) for being too clingy.

We even learn his Achilles’ heel: his 1.68m height. “You don’t need a shrink to realise that requires compensation,” he tells us wryly… or to see that his carefully constructed house of cards is about to crash down.

And that’s the boon of Lars Gudmestad and Ulf Ryburg’s script, which manages to improve on the already impressive source material. On one hand, Brown is a poisonous Napoleon who deserves everything Tyldum throws at him: from Coster-Waldau’s too-perfect (and too-tall) nemesis to car crashes, canine attacks and corporate chicanery.

On the other, his grip is so fragile, and his suffering so disproportionate (one scene, which sees him submerge himself in an extremely full outside toilet, put Hennie off coffee for a year), that we’re willing him to fight back even as we’re enjoying his downfall.

It’s a neat trick, because each new indignity (of which there are many) strips him of another veneer, bringing him closer to deserving the life he has stolen.

Nimbly directed and charmingly played by the reptilian Hennie, who can expect some international recognition (or at least to play a Bond villain), it’s a film of tonal uneasiness and escalating ridiculousness, though the black humour softens the plot’s unlikelier turns.

Crucially, the hurtling action rarely falters and never undermines the characters. And, as screenwriters will tell you, that’s the holy grail.