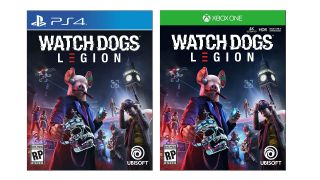 With the Amazon Prime Day game deals still going strong, you'd be remiss for forgetting that a) Watch Dogs Legion was announced just a month ago, and b) it looks like one of the best new games of 2019 and beyond.

But, in the best news since we learned that you'll be able to play as anyone in Ubisoft's upcoming open world title, Amazon customers in the US can now pre-order Watch Dogs Legion for $10 less than its usual going rate.

Alongside titles like Cyberpunk 2077, Dying Light 2, and Doom Eternal, anyone who pre-orders their PS4 or Xbox One copy of Watch Dogs Legion right now can do so for the price of just $49.94, down 17% from the $60 RRP you'd typically expect to see from an upcoming title.

It's unclear how long this deal will last, however, so it's best to make your move and act quickly if you plan to exploit this opportunity while it's still ongoing. In our E3 2019 preview, Watch Dogs made an impressive showing, suggesting this won't be a game you'll want to pass up on, so why not hop on the bandwagon for less?