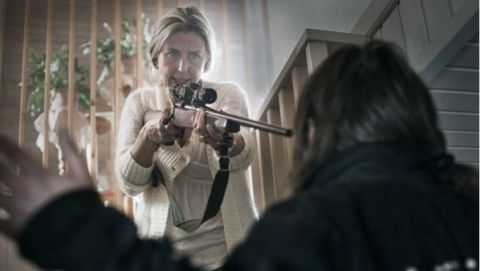 A belated sequel to one of Sweden’s biggest box-office hits (1996’s Jagärna ), this glum slice of Nordic noir – renamed and repackaged in a similarly tardy attempt to cash in on The Killing – sees Stockholm copper Rolf Lassgård return to his rural home town to investigate a young girl’s brutal murder.

His arrival does not sit well with hunting enthusiast Peter Stormare, for reasons that take a long time to become apparent in a film stocked with more atmosphere than action.

“The truth always comes out, sooner or later,” sighs one character midway through.