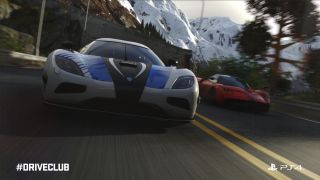 Sony has posted an announcement on the PlayStation website stating that Driveclub, Driveclub Bikes and Driveclub VR will be removed from PSN on 31 August, 2019, and revealed that servers for the games will be shut down for good March 31, 2020.

While all the online features and modes will no longer be available, players will still be able to play the single player offline modes if they own the games.

The post lists what will and will no longer be accessible to players after servers have shut down in 2020:

You will not be able to:

- Use your season pass online.

- Represent your Club online in Multiplayer events or tours.

- Create your own events.

- Compete in leader boards, or share stats and player progress.

You will be able to:

- Use your season pass on all single player and offline modes.

Sales for the games will also come to end from the 31 August, 2019, so if you’ve been wanting to rev your engines and get in on some speedy racing action, you only have a handful of months left to pick it up.

Driveclub first hit the roads back when it was released in 2014, and was one of the earlier PS4 exclusives to be released when the PS4 launched back in 2013.