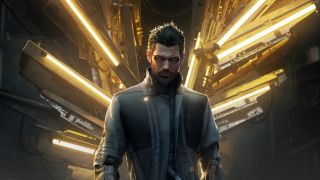 You don't need a PS4 Pro to start enjoying clearer, brighter graphics. With update 4.0 (released last month), every PS4 now has HDR compatibility. Of course, that's only one-third of the equation. You also need an HDR-capable television and a game that supports the display. While I can't help you on the TV front, I can tell you what appears to be PS4's first HDR-compatible game: it's Deus Ex: Mankind Divided.

A recent update has squashed several bugs, added new items and customization to the Breach mode, and most relevant to this particular discussion, HDR compatibility on PS4 and Xbox One S. Those with the required hardware get to see shades of yellow they've only dreamed of and cyborgs in a wider palette of colors, while the rest of us get a more stable game experience. There really is no downside, and kudos to the sci-fi game for being the one to lead the charge into a new future for graphics.

You may not have asked for this, but I'm guessing you're probably okay with it.