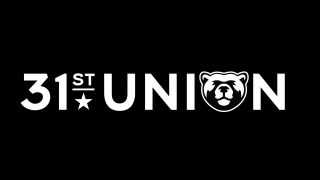 A new 2K Games studio from the co-creator of Dead Space has a name and a mission: 31st Union is ready to make a game - or games - focused on one new piece of intellectual property.

“Our name and studio represent the spirit of California in its rich diversity of thought, art, music, innovation and cultural representation that have defined the current golden age of entertainment and technology here in Silicon Valley," Condrey said in a press release. "In revealing our new identity and announcing the expansion of our operations, we’re shifting into an exciting next phase of growth to include more voices and bring our vision to life around the globe.”

Sure, cool, sounds great, but the big question is what's that new IP? Condrey described it as "ambitious and inspired," and 2K Games parent company Take-Two teased in an investor call last week that it will share more about the new game from Condrey's studio "in the coming months."

In a somewhat unusual move for the industry, we already know that this brand new studio will be fully committed to making games in one brand new franchise: "We’re creating a development environment focused on a single new IP where passion is at the center of it all,” 31st Union head of strategy Tyler Michaud explained.

Since it's supposed to be all new, there isn't much point in speculating about what specific subject matter 31st Studio's first game will cover. However, I'd be very surprised if it doesn't end up being a live-service game of some kind; aside from following industry trends, I doubt 2K would make that big of a bet on a brand new property just to hinge it all on a one-and-done release.

We could be waiting a while for 31st Union's new project, so take a look at our guide to the best upcoming games of 2020.