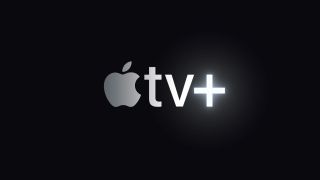 You're probably looking for a cheap Apple TV deal because you're planning to add their streaming service to your long, long list of TV services, and you want to get involved with Apple Arcade. Apple’s set-top box has often been overlooked in the past thanks to other devices’ ability to do almost everything it does more cheaply, but the diminutive Apple TV is coming into its own thanks to the launch of Apple Arcade and Apple TV+.

With the arrival of these services, grabbing a cheap Apple TV deal makes so much more sense. It’s now Apple’s TV console, the docked Switch to your iPad, and an entertainment hub for the whole family, as both services allow up to six family members to use a subscription. Both services cost just $4.99 each per month, but what’s better is that Apple is bundling a free year of Apple TV+ with new Apple device purchases such as iPads and the Apple TV itself, so you can get yourself an interesting bargain, as the TV box begins at just $149.

If you're looking to push beyond Apple TV, check out our guide to Disney Plus sign ups, which gets you all the best prices on that.

You can buy an Apple TV box directly from Apple, or pick one up from Amazon, Walmart or Currys (UK). The basic model is the Apple TV HD, which tops out at 1080p resolution and has 32GB of onboard storage. How much you’re going to need really depends on the speed of your internet connection and how many Apple Arcade games you plan on downloading - the streaming video service shouldn’t take up too much space. This model comes with the Siri Remote, about which more later, a power lead and a Lightning cable for charging the remote. There’s a USB-C port on the back of the box, but it’s not user-accessible. The 100mbps Ethernet port is, however, if you prefer a wired internet connection, and there’s an HDMI 1.4 port to hook it up to your TV.

Inside, you’ll find the A8 chip that powered the iPhone 6. It’s perfectly decent for running tvOS, especially as your output resolution is limited. It’ll output audio up to Dolby Digital Plus 7.1.

The upgraded box, the Apple TV 4K, is exactly the same size and weight as the 1080p box, but as you’d expect can now stream video up to 4K resolution. The HDMI port gets an upgrade to 2.0a as a result, the Ethernet is now gigabit, and the CPU gets a decent boost to the A10X Fusion from the iPad Pro. You’d be hard-pressed to tell the difference between the two models at a glance, although the 4K box has some additional vents at the back to help with cooling, and lacks the USB-C port. There is, however, a hidden Lightning port tucked ingeniously inside the Ethernet connector, but you won’t be able to do anything with it. Internal storage starts at 32GB, and there’s a larger 64GB variant too. Along with its higher output resolution, the 4K box can output Dolby Atmos audio.

The Siri Remote that ships with both models of Apple TV is an odd, hybrid device. It contains dual microphones, so Apple’s digital voice assistant can hear you, and has a special trigger button to invoke her. It has both Bluetooth and an IR transmitter, has an accelerometer and gyroscope built-in, and the top third is a trackpad. There are four additional buttons - a volume rocker, menu, play/pause and home, which looks like a TV.

Siri, much like Alexa on the Fire TV Stick, can search and even recommend TV shows for you. You can ask it what shows are popular, or what’s new on a particular service. You can even get it to search films with criteria such as genre and decade of release, sort by director or stars, and ask who played a particular character in a show.

Of course, you can also ask it to play or pause, turn on subtitles or closed captions, and to either pick up where you left off on a show, or start playing it from the beginning again. Useful if you tend to fall asleep on the sofa during a box set marathon. A lot of this functionality carries over to the Apple Arcade service too, with all the search cleverness you could need helping to find a game to play. If you’ve got any Homekit-connected smart home devices, such as Philips Hue lightbulbs, the Siri Remote can voice control those too, turning your lights on and off or locking the door if you’re that deeply invested in the future. Siri can also give you a weather forecast or read the news headlines, so you know what’s going on in the real world.

The trackpad allows you to navigate the Apple TV’s apps, and after a short period of hilarity during which you’re unsure which end of the symmetrical, matt-black handset is which, you’ll soon wonder how you coped any other way. You can technically use it as a game controller, although this isn’t its greatest skill. Luckily, the Apple TV box supports lots of MFI-certified controllers, and using the TV Remote app on an iPhone gets you a basic controller too.

By buying a new Apple device you’ll get a year of Apple TV+ for free. This doesn’t have to be an Apple TV, you’ll get the same with a new iPhone or Mac Pro. If you’re a new subscriber without a new device, there’s a short free trial, after which it will cost you $4.99 / £4.99 a month. The same is true of Apple Arcade, although the trial period is different for the two services. You can also use either service through other Apple devices such as the iPad, and apps are available on a select number of smart TVs from Samsung, and on sticks from Amazon and Roku. You can also use them through a web browser on a desktop PC.

Apple is one of the newest entrants to the streaming video market, and with its low prices and gaming service too looks likely to capture a decent number of subscribers. It’s invested heavily in TV production, bringing a decent number of exclusive shows to its service, featuring big names such as Jason Momoa and Jennifer Aniston. Between this, and the launch of Disney+, it’s an exciting time to be stepping into the streaming world.