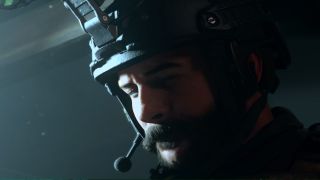 There's plenty of Call of Duty Modern Warfare controversy around what you can do in the game (and likely more to come) but it looks like even the game has opinions, with character performances and dialogue that changes according to what you do.

Part of Modern Warfare's 'thing' is the idea of being pushed over the line, into the  greys between the black and white of right and wrong. Speaking to Kotaku  at E3 2019 campaign gameplay director Jacob Minkoff explained that however you tackle certain decisions or actions will be reflected in game, with different dialogue and performances from the people around you.

“The story itself is linear," says Minkoff, "but in the context of the mission, if you go up to the line but you don’t cross it, what you will end up with is characters saying things like, ‘Dude, what did you just do? God damn it. I hope nobody hears about this.’”

“If you are taking an action that is over the line but understandable, your dialogue with your allies will branch,” Minkoff explains. “In some cases, their performances will branch, and they will call you out on it, and there will be other animated captured performances.” So not exactly Mass Effect levels of story changing consequence but it’ll be interesting to see what Captain Price has to say about indiscriminate wildfire into Piccadilly Circus crowds.