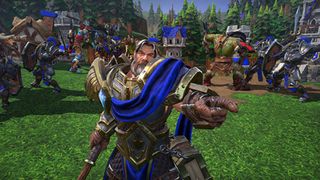 Warcraft 3: Reforged has had such a rough launch that the game’s community manager has issued a public apology to players on the Blizzard forums. “First off, we want to say we’re sorry to those of you who didn’t have the experience you wanted, and we’d like to share our plans for what’s coming next,” began Randy Jordan in a lengthy post.

He went on to detail several focuses of future patches the studio will be issuing for the faulty game, including fixing the visuals in Classic Mode, undoing animation and audio bugs, UI corrections, and improving leaderboards and clans. The full patch notes, Jordan says, will be available at a later date with the first patch scheduled to arrive later this week.

Jordan also addressed the mostly untouched cutscenes, which players say doesn’t match the expectations they had following footage shown at BlizzCon last fall. Jordan clarifies that touching up the game’s cutscenes is actually not something the company plans to address as Blizzard “did not want the in-game cutscenes to steer too far from the original game.” Keeping it this way, Jordan says, preserves the “true spirit” of Warcraft 3.

Warcraft 3: Reforged’s launch has not gone over swimmingly. It’s been such a poor start for the remastered classic that Blizzard has issued refunds to some players. Of more than 25,000 user reviews on Metacritic, over 23,000 of them have given the game a negative score, resulting in an abysmally low average of 0.5 out of 10.