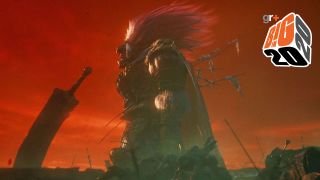 It wouldn't be a stretch to say that FromSoftware has had a pretty decent decade. The studio's signature style has largely defined the action-RPG over the last 10 years, spawning countless imitators and industry think-pieces in the process. FromSoftware has found great success with the Souls-like in the past, though it has something much greater in mind for its future. With its first release of 2020, Elden Ring, on the near horizon, the studio is in fact preparing something vastly different in scope and narrative to anything we have seen from this team before.

This isn't entirely unexpected, as the defining and recognisable traits of a FromSoftware game have been pushed and pulled over the decade. The trip to Lovecraftian England with 2015's Bloodborne stripped away the armour, and suddenly the days of hiding behind an impenetrable shield were gone. Sekiro introduced the shinobi prosthetic, with the grappling hook giving us access to additional spaces in the environment. Both games forced a different experience to Dark Souls, making us active participants in the combat rather than reluctant bystanders. How far will Elden Ring take us from the original, definitive Dark Souls experience? That remains to be seen, although everything we know of it so far would suggest that this game is going to be a different beast entirely.

Clash of the titans

At time of writing the details are still light, but the elements already confirmed are intriguing to say the least. Most interesting for the forthcoming changes in Elden Ring is the collaboration with George R.R. Martin. Martin, with famously sweet FA on his to do list, is set to bring his particular brand of intricate and bleak bloodline drama to the table – a staple of the stories told in his fantasy worlds – and it's easy to see how this might all tie in with Hidetaka Miyazaki's high-fantasy brand of action-RPG.

FromSoftware has been, famously, coy about pulling back the curtain to reveal the mythos and deeper narratives hidden within its games. Whether this will change with the addition of a genuine heavyweight of the fantasy genre to the development roster remains to be seen, but this collaboration is certain to deliver something fascinating.

What we do know, however, is that FromSoftware is delivering a world far more open than anything we've seen from the studio in the past. While previous titles could never be described as linear, it's the news that players will be able to travel on horseback in Elden Ring that gives us a real sense to the change in scale here. What that means for exploration, for combat, for story telling is still yet to be seen, but even considering a FromSoftware title with the scale of say, a Skyrim, or a Breath of The Wild is stirring to say the least.

If that weren't enough, it would also appear that the increase in scale isn't reserved solely for the map size, but will be applied to the density of the world and to the choices provided to us throughout this adventure. In an interview with Xbox Wire, Miyazaki seemed to confirm as much, as he noted that Elden Ring "is without a doubt our biggest title yet in terms of sheer volume."

The RPG elements of Elden Ring have been talked up too, teasing that the character creation and ability to further hone your exact play style will be more detailed than anything we have seen from the Souls series in the past. "Compared to the Dark Souls series, I believe this title will provide even more variety in the ways for players to overcome challenges and tweak their tactics when facing enemies," Miyazaki continues, giving us but a hint of what's to come when Elden Ring launches later this year.

2019 was a mixed year for the fantasy genre; the success of Netflix's The Witcher and the subsequent wave of new players for The Witcher 3: Wild Hunt shows that we collectively have a hankering for fantasy genre stories in a world still reeling from the divisive ending to George R.R. Martin's own Game of Thrones TV series. FromSoftware looking to redefine the Souls-like and doing so by teaming up with arguably the biggest name in the fantasy business is intoxicating and exactly the genre fix needed in 2020.