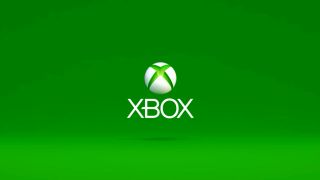 Xbox has announced it’s matching charitable donations to OSD, an organization focused on helping active and non-active military veterans through community engagement. The console manufacturer will match every dollar up to $250K between now and the end of March.

OSD was established in 2010 in an effort to aid those in the military with staying involved in their community outside of their service work as well as help those who are transitioning from active military service to civilian life. This has historically included things like recreational therapy, physical fitness, and family outings, but also includes activities like tailgating and - of course - gaming.

The details of this specific charity drive speak more to what kind of activities your donation may fund.

"Your donations will help impact deployed troops around the globe and provide much-needed morale boosts to those who wear the uniform in the form of video games, tabletop games, coffee and more! State-side your generosity will outfit gear and activations for more than 50 OSD partnered recreation and community centers for thousands of active military, veterans and their families."

The charity’s mission statement is "enabling veterans to thrive through community engagement" and proudly reveals that it’s helped over one million active military, veterans, and their families in the last decade.

The Xbox $250,000 Matching Challenge has just begun and at the time of writing it’s just a few hundred dollars deep into its goal of a quarter-million dollars. Philanthropic gamers and others are encouraged to register and donate between now and the end of March to take part in the drive. Assuming Xbox’s matching challenge hits its goal, that will bring in half a million dollars to OSD.

Sea of Thieves players recently had their own successful charity drive for SpecialEffect.